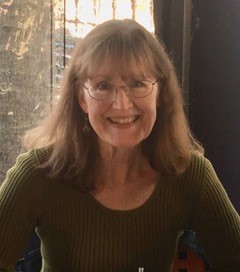 Teri Strom, NCCP will soon be celebrating her twentieth anniversary as a senior litigation paralegal at Bank of America. She previously spent 19 years as a litigation paralegal in both California and North Carolina law firms. She loves working in-house and appreciates Bank of America’s great benefits, but most of all, she cherishes the relationships she creates with her co-workers, even though most of them are in other parts of the country. Teri says, “This has been a wonderful career because there is always something new to learn. You never stop growing and becoming better. Lawyers have great senses of humor and are fun to be around!”

Teri has been a repeat volunteer for the Pro Bono Resource Center’s Driver’s License Restoration and Charlotte Expunction Projects for the past two years. She likens the suspension of driver’s licenses to debtors’ prison and explains, “There can be a great deal of injustice, and those without resources suffer the most. If your license is suspended because you can’t pay the fees, then you can’t drive to your job to earn the money to pay the fees.” Teri gets the most personal satisfaction from the Expunction project, saying “I feel I’m helping to remove one obstacle in the life of someone who may have so many to overcome. Being involved in this project is very satisfying and worthwhile.”

Teri is not new to volunteering. She plans to keep her paralegal certification current even after retirement and continue to volunteer for pro bono projects. The Charlotte Expunction Project is close to her heart because she spent ten years volunteering with a faith-based prison ministry called Epiphany. She got to know many young men sentenced as adults for serious crimes committed when they were teens.  She still writes to several of them, including two who are serving life sentences. Teri shares that a friend’s husband was recently denied a job offer for which he was well-qualified due to a non-violent drug charge on his record from 2007. She says, “Although formerly incarcerated people have technically “paid their debt to society,” the reality is that they may continue paying that debt for the rest of their lives without the kind of help that these kinds of projects provide.” Teri also volunteers with a Charlotte organization called Changed Choices that assists women both while they are still incarcerated and after they are released. She has seen the kind of hurdles they have to overcome just to get housing and jobs. Teri believes that the hope through these pro bono projects offers is a great gift for both the volunteer and the client.

Teri suggests to paralegals who have not done pro bono work before or who assume that only attorneys can do it to just give it a try. She urges, “These projects require careful attention to detail, which paralegals excel at! While pro bono efforts usually require attorney oversight, there are many like these where a paralegal’s skills are exactly what’s called for. I’ve never felt at a disadvantage on these projects not being an attorney. You don’t have to be a litigation paralegal, either. It is well worth the time and effort!”